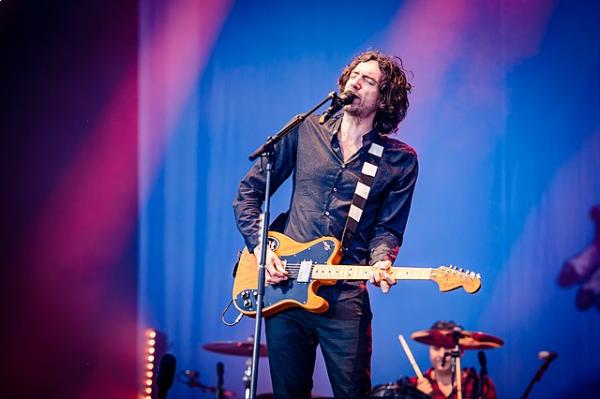 Chasing Cars, the chart-topping ballad from Snow Patrol, has been named as the most-played song on UK radio of the 21st Century.

Although it never reached number one, the band's breakthrough single - released in 2006 - managed to hold a place in the charts for more than three years and has been the radio's most popular song for two decades.

The song was chosen from Snow Patrol's fourth album, Eyes Open, which propelled the band from Dundee, Scotland into the international limelight. It even went on to be named the 14th biggest-selling single of 2006.

To celebrate this fantastic achievement, Snow Patrol frontman Gary Lightbody has been presented with a special award from licensing body PPL, which is responsible for tracking all the music played on the radio and television in Britain.

Thrilled with the award, Lightbody stated that it was "unbelievable" and suggested that it was likely to be the emotionally-open but simple lyrics that propelled the love song into the hearts of so many people.

"The way it unifies an audience is the thing I most cherish about it. It’s a beautiful moment every time you play it," he added.

Many people are likely to be aware of the songs distinctive opening notes and its first three lines:

We'll do it all
Everything
On our own

But perhaps the most memorable lyrics in the song are those in its simple but moving chorus:

If I lay here
If I just lay here
Would you lie with me and just forget the world?

According to Lightbody, the song was based on the events in his own life at the time, making the lyrics even more emotional for him. "With Chasing Cars, it was just what was happening at that moment in my life. I was in love," he said. "So it was a true, true representation of what was going on."