One Direction is a British-Irish boy band which was formed as part of the UK X Factor. The members of One Direction are Niall Horan, Liam Payne, Harry Styles and Louis Tomlinson. Zayn Malik was a member before leaving the band in 2015.

The band came together during the seventh series of UK The X Factor in 2010. Each member auditioned as solo acts. During the ‘bootcamp’ round of the competition, guest judge Nicole Scherzinger suggested that the five boys form a band. Performing in the ‘groups’ section of the competition, under the tutelage of music mogul Simon Cowell, the newly formed ‘One Direction’ finished third in the competition.

Signed to Cowell’s label ‘Syco Records,’ One Direction released their debut single ‘What Makes You Beautiful’ in September 2011. The single was an immediate hit and became the most pre-ordered Sony single in history. Album ‘Up All Night’ was released in 2012 and topped the charts in 16 countries.

One Direction ‘broke’ America in 2012, signing a record deal with Columbia Records and embarking on a concert tour. When the band appeared on The Today Show 15,000 fans descended on the venue.

In August of the same year the band performed at the closing ceremony of the London Olympics, at that time they had sold eight million singles and three million albums.

Second album, ‘Take Me Home’ saw lead single ‘Live While We’re Young’ hit the top spot all over the world. Other singles ‘Kiss You’ and ‘Little Things’ were also top ten hits with ‘Little Things’ debuting at number one in the UK. In 2013 the band released charity single ‘One Way or Another (Teenage Kicks)’ for Comic Relief.

Following the release of Four in 2013, One Direction became the first band in the US Billboard 200 history to have their first four albums debut at number one.

The announcement of Zayn Malik's departure in March 2015 shocked the band's loyal fan base, but One Direction confirmed they would continue as a foursome.

One Direction won Best British Single at the 2012 Brit Awards for ‘What Makes You Beautiful’. They are also the recipients of three MTV Video Awards, and NME Award and two Kids’ Choice Awards.

The boyband’s clean cut image and catchy pop style has won them a vast fan-base whose devotion has been compared to 1960s ‘Beatlemania'.

Made In The A.M. (Deluxe Edition)

Up All Night (Deluxe Version)

Up All Night (The Souvenir Edition)

Made In The A.M. (Deluxe Edition) 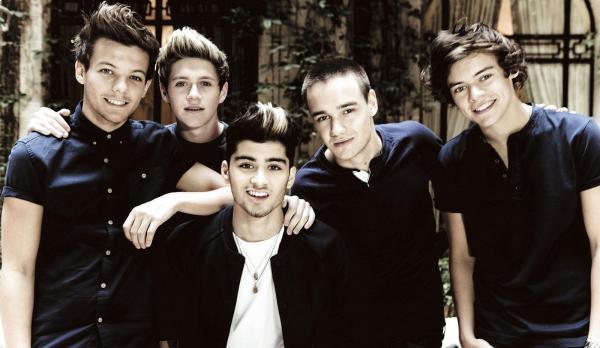 Is Zayn Malik's 'Good Years' about his time with One Direction?