Lyrics for Despacito came 'in a dream' 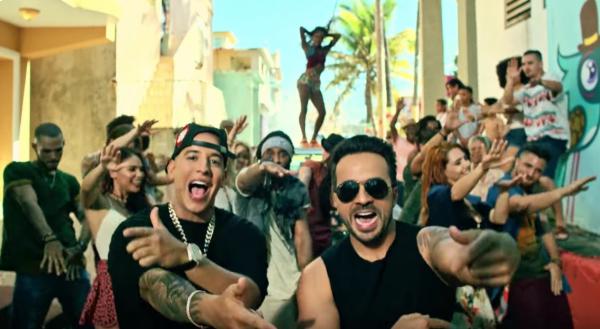 The singer behind the Latin single 'Despacito' recently told Good Morning America that the lyrics to the global mega-hit came to him in a dream.

The Puerto Rican star said the catchy hook first got stuck in his head in 2015, but it took a while for the song to be crafted into the chart-topper we know and love today.

"It took a while because I didn't know how I wanted to produce it, so it took a little bit to get that perfect hybrid between pop and urban," he explained. "Then I called my buddy Daddy Yankee, who's a big part of this record, and it all came together."

Although Fonsi knew he had something special with the song, he said he was blown away by the success it achieved; most recently becoming the number one most viewed video in YouTube history.

"When we first started kinda getting into the top 10 on the Hot 100, I was like, 'Man, we're gonna break the top 10! This is very exciting!'," he smiled. "And then finally it got to number one and it's been there for 14 weeks, and it's just a blessing, it's been a huge surprise.

"This is a song that just came to me on the guitar, the same way I've been writing songs for the last 20 years, and I'm just so honoured that the world has connected to this song, this Spanish song, to see all these beautiful countries singing in Spanish, that to me is very beautiful."

The song received another boost when pop protégé Justin Bieber jumped on a remix of the single after hearing it played in a club.

"I got a call at 2 o'clock in the morning saying that Justin Bieber heard the song and that he wanted to do a remix," Fonsi recalled. "It came from my label, Universal Music, so it had to be real. He did a great job because he sang the first part in English, but he kept the chorus in Spanish."

In recent weeks, the song's been banned in Malaysia due to its raunchy lyrics. We're not sure if they came to Luis Fonsi in a dream, too, but if so we'd rather not know the details!